As you may or may not know, we have a full collection of one of the hottest party trends.  We love paper straws and we know you do too.
You are going to love them even more now.  These little tissue pom  poms on the straws are to die for cute.  They are so much fun to make and quite addictive.  When my kids saw them, they thought if you turn them upside down they were like hula skirts!!  Anyone planning a Luau?
Have a look at my post over at Fiesta Resistance.  Let me know if you have fun and use these.  I'd love to see your pics!
Posted by Poppylop Parties at 6:52 PM No comments:

Some people wonder how I come up with my inspiration.  Truely, there is no one thing.  It maybe something someone says in passing.  Perhaps something catches my eye and my imagniation gets carried away with it.  What I can tell you is that it is usually my children or other children that really get me doing something.  Most of my incitation designs have come from parties that my children would LOVE to have.  We could have a party every day the way they think.  I wonder where they get that from????  I also love to hear from fans.
So what's your most favourite source of inspiration and what are you crushing on lately?
Posted by Poppylop Parties at 5:53 PM 5 comments:

So I have fallen deeply in love with my Silhouette machine!! I only have the SD, but am constantly amazed at the things it can do. Thankfully I have no shortage of imagination (it keeps me up at night). So, in order to keep up with the vivid and active imagination of mine, I take it to the Silhouette and get creative. I have been busy with tags for parties, invitations and gifts, but recently, I discovered heat Transfer!! (insert Angels singing) I am convinced that there is nothing I can't do with it. I started by putting pretty little designs on the litte girls plain t-shirts. Then I thought - wow, I could make Birthday shirts for the birthday child with cute little sayings. They are so adorable. Then one day a flash of lightening hit, ok, so maybe it was just someone turning on the lights, when I realized, with this stuff I can replicate children's drawings onto their shirts!! So I did. My son hasn't taken his off - except to have it washed. He is so proud that he can show off his art work. 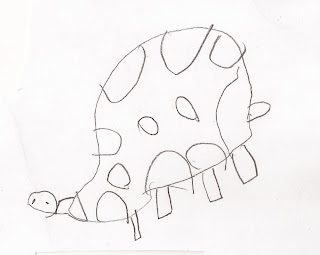 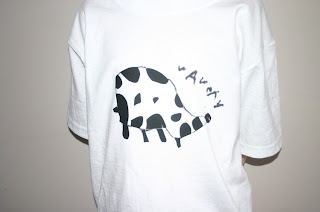 This is such an amazing way to keep your child's art work where it can be seen (and should be seen).  Check out my Etsy shop or my Gabry Rd. shop for more details.  Great for grandparent presents too.
Posted by Poppylop Parties at 5:45 PM No comments: 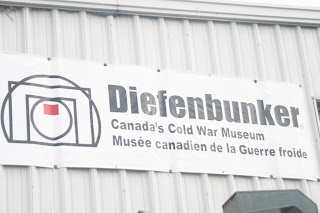 It all started out with a surprise birthday invitation.  Three pages all stamped with offical CSIS letter head and stamps.  Very intriguing.  My boy was invited to a birthday party at "The Deifenbunker"  For those of you who aren't familiar with the place, it was built during the "Cold War" by John Deifenbaker, the Prime Minister at the time.  It was a top secret building that would house all the important government officials in the event of a nuclear attack.  The building is now used as a museum that chronicals an important time period in Canadian history.  Also, a fabulous venue for a Spy birthday party for a bunch of 6-9 year olds.  I was very curious how this would play out (and had never been to
the Deifenbunker) so I tagged along.

We were met at the main entrance by our guide who promtly ran the kids through
Basic Training exercises, and then we were ushered into the building that where our mission would take place.  The children were suited up, picked "secret agent" names and were told about how to be stelth like and super quiet.  We were on the lookout for Agent X.  We were guided through rooms which were still set-up as they would have been.  The children were able to get hands on with the equipment, looking in drawers and touch things they have never seen before (you know, like a typewritter). 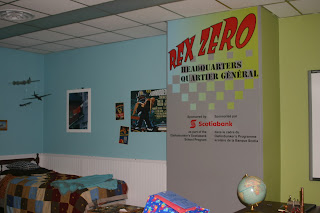 The children took their mission very seriously. Ducking and dodging to keep out of sight from the secret agent.  The guide played it up too.
The two and a half hour event was well received by the children.  They all were talking about having their next party there and who they would invite. It was fabulous for children who have great imagination.

A party is 12 children for $140.00.  You will need to supply the cake and you can bring food.  There is also a pizza delivery option that was not mentioned to the birthday mom, but you may want to ask.  Also, two things you should know is that for the younger children it can be a little scary, especially when they first walk in 2. there is a lot of walking.  4 floors up and down.  Be prepared in comfortable shoes.  Finally, there is no pre-party set-up.  You may want to leave the loot bags in the car and give them out when you leave.  You will have to carry things around for a while.

Definately a fun event for, those spy loving kids who are up for a little adventure. Have a great time.
Posted by Poppylop Parties at 6:18 PM 1 comment:

We have added a new addition to our Poppylop Family.  I am having soooooooo much fun with this one.  Digital invitations.  I've see them done before by so any talented designers.  I never dreamed that I would be able to make them myself.  Now don't get me wrong, I know I am no professional, but wow am I having fun practicing.  It is totally addictive.  Anything is truely possible in the world of digital design. 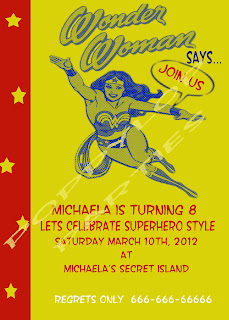 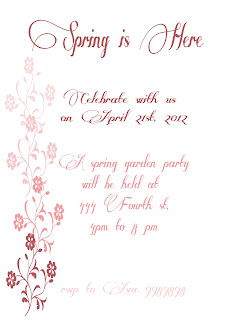 I have to thank Jessica Sprague and her fabulous, amazing and talented designers for their wonderful tutorials, workshops and classes.  They have been my inspiration and have helped me bring my dreams to realities.  I have so much more to learn and look forward to each of my upcoming classes (check out my 'Wish List" lol)

I am looking for some new ideas so if you have any themes that you would like to see or have, let me know.  I look forward to the challenge. 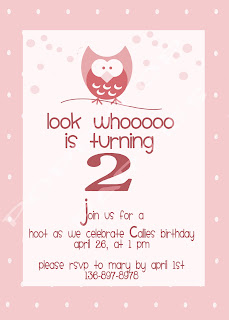 I would also love feedback on my work so far.  Looking forward to your comments!!  Hope you like the new collection as much as I do.
Posted by Poppylop Parties at 10:10 AM No comments: 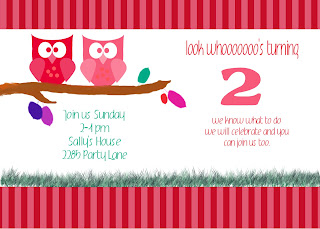 In the party world invitations are everything.  The announce the party, set the mood and theme and give the guests ideas for gifts and of what is to come.  It can build excitement and anticipation.  Having the right invitation is very important these days.  Back in the Day -(as my hubby would say) our mom's picked up paper invitations that were pretty generic and they added the details.  Not so now....

With the development of digital technology that generic invitation is a thing of the past.  All Hail the great PHOTOSHOP!!  It really has changed the industry in many ways.  There is almost nothing that can't be created on this program and it's counterpart Illustrator.  I have been lucky enough to have these programs now for a while, but haven't really had the time to play and explore them....until now that is.
I have been a busy little bee designing new invitations for the store.  I have focused primarily on my most asked for themes, but have also branched out with some new trends.  It has been soooo much fun.  I think I might get carried away - or maybe I already have wink wink.
Look for more designs coming your way.  Water bottle lables and cupcake toppers are in the works.  Any suggests are more than welcome!!
Posted by Poppylop Parties at 10:31 AM No comments: 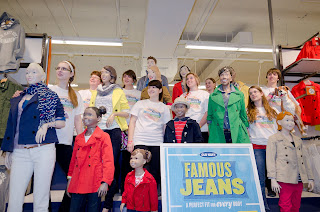 I finally got permission to add the pictures from the Old Navy event.  Dani did a great job.  I love the pic of all the staff.  They sure did a great job.
This picture is just as much fun as we had.

Posted by Poppylop Parties at 2:38 PM No comments:

Poppylop Parties
Like most bloggers, I am a mother and wife with a brain that never shuts down. My children keep me young and I am always planning or working on some creative endeavour for their pleasure. I delight in seeing their faces glow with delight in the excitment of the day. I hope you will get at least some inspirtation here to get the same sense of satisfaction.